Our style is Shaolin Kempo Karate (SKK), the original mixed martial art. We combine the four ways of fighting– with hands, with feet, grappling and felling– to create a practical and accessible system of self-defense. We combine linear and circular movements through studying the kung fu animals: tiger, leopard, crane, snake and dragon.

We are currently open for in-person classes for students who provide proof of vaccination. ​Masks not required, but we support any individual who chooses to wear a mask.

We are available for private lessons and private virtual instruction by request. Contact us for more information.

This class is a complete upper and lower body workout geared toward practical application, discipline, and personal development.

Shaolin Kempo Karate (SKK) is a comprehensive martial art combining the 4 ways of fighting – with hands, with feet, grappling and felling – to be a practical and accessible self-defense system for all body types and ability levels. Rooted in Chinese kung fu, we practice the styles of tiger, leopard, crane, snake and dragon. SKK is holistic, incorporating breathing techniques and energy focus to develop mind-body connection. Those who master respect, discipline and self-control may eventually earn their black belt.

Participants try to tag their opponent with kicks and punches while avoiding attacks using blocks and footwork.

Learn the basic point sparring skills in a step-by-step, beginner-friendly format and get ready to join our weekly sparring classes (included in your martial arts or kickboxing membership)!

Absolutely NO head contact. Points to the head are scored by pulling strikes short that have not been blocked.

Light contact (like a tap or a touch) to the front of the body from the shoulders to the waist.

Learn advanced application of kung fu animal principles including how to:

This is an advanced master seminar, but all levels of martial arts and self-defense practitioners will take away valuable knowledge and skills, even as beginners.

Don’t miss this rare opportunity to learn from one of the best martial arts instructors in the country. Space is limited. Register now to save your spot!

Ages 18+ except by instructor invitation. Proof of COVID vaccination required.

Register to Become the Tiger

Memberships can be cancelled at any time.

Register for a Martial Arts Membership

​The best elements of many styles together create a practical and accessible system of self defense. 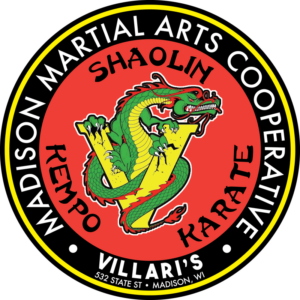 ​”Shaolin Kempo Karate” was founded by Grandmaster Frederick J. Villari. In the last four decades, his fighting system has become internationally recognized and respected. His art traces its origin back over a thousand years to the Shaolin Temple of China. Many of the basic methods are still used in his schools today. The present form has become famous because of its very effective “Four Ways of Fighting.” Scroll down to learn more about the different influences in our style!

Grandmaster Fred Villari played a significant role in demystifying the prejudice that only a few select people should have the opportunity to learn martial arts, and showed thousands of Westerners of all ages and ability levels how to find their inner strength and power through his unique fighting style: Fred Villari’s Shaolin Kempo Karate. His work contributed to a major turning point in the teaching of martial arts, directing it more toward practical fighting, and helping to make martial arts accessible on a massive scale.

Grandmaster Villari taught and demonstrated martial arts in his schools until his passing in 2022.

Grandmaster Villari teaches that the ultimate in self defense does not lie in one way or style of fighting. By combining the most effective elements of several styles, we eliminate weaknesses and vulnerabilities. This is the central theory and method behind Villari’s art of Shaolin Kempo Karate. Each martial art offers something to compliment the other. By combining circular fluidity of Shaolin with the linear, angular movements of Kempo and Karate, the end result is a system greater than the sum of its parts. 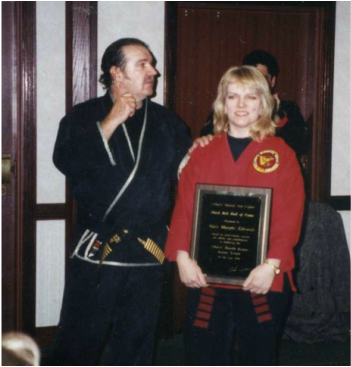 Master Mary Murphy (RIGHT), who founded our dojo in 1989, was inducted into the Black Belt Hall of Fame for the year 1999 by Grandmaster Villari (LEFT).

In the realm of fighting, SHAOLIN is renowned for its devastating kicking and punching techniques. It incorporates the movements of five animals: TIGER, LEOPARD, CRANE, SNAKE, and DRAGON. The Shaolin theory of fighting is based on circular movements, speed, conditioning, and developing strong internal energy, tendons, and ligaments.

Shaolin is the foundation of our style. This system is balanced, and connects mind, body and spirit.

Grandmaster Villari also utilizes the art of KEMPO. It is a mixture of hard and soft movements that blend nicely, though it is not sophisticated enough by itself. Alone, kempo lacks the grace of Shaolin with its integrated leg maneuvers, the quick shuffles and footwork of Karate, and the explosion of hard Karate.

KARATE is also highly favored by Grandmaster Villari, and he regards it as simple and quick to learn and execute. Known for its linear and angular movements with quick shuffles and in-line fighting movements, karate-type blows are more mechanical in execution than Shaolin blows. They are also more explosive. Karate concentrates more on external power and fewer moves are required to get the job done.

The great Shaolin Temple in the Song Shan Mountains of central China was established around 495 A.D. It was built by the Chinese Emperor Hsiao Wen for an Indian monk named Batou, known by the Chinese as Fo Tuo. In this temple around 530 A.D., Bodhidharma, an Indian monk traveling from India, introduced a new Buddhist meditation method and fighting techniques to the monks. First, he introduced a form of breathing exercises based on animal movements to the temple monks, to strengthen and condition their bodies and purify their minds. Then he taught them how to use the movements of animals for self defense purposes. Over time, the monks changed and perfected these movements. This style became known and respected as the art of Shaolin Temple Boxing. Buddhism and Shaolin Temple Boxing or “Shaolin Ch’uan Fa” were the Shaolin Temple’s main legacy to the world. So it was in China that the philosophical and religious system upon which many martial arts depend were first introduced and nurtured.

In the 1600’s, Japan conquered Okinawa and, to prevent uprisings, restricted the people of Okinawa from using any weapons. The natives had no alternative but to practice the art known as “Te” or empty hand fighting. Te was derived from the Shaolin “Chuan” which had, by that time, spread throughout China, and had become popular, around 900 A.D, with the Chinese people of the T’ang Dynasty. Many Okinawans were secretly sent to China to learn the martial arts. They later returned and influenced the methods in use on Okinawa. Okinawans changed the name of their martial art from “Te” to “Karate”. The term “Karate” means “T’ang hand” and is used to acknowledge the Chinese influence in the Okinawan’s art. Karate was first demonstrated in Japan in 1917 where even more styles developed.

Long before either the Chinese or the Okinawans practiced and developed their arts, the Tibetans and Mongolians had their own form of combat from which the venerable art of Chin Na, or the art of the White Tiger, was further developed – a devastating form of locking, seizing, holding and grappling. The Tibetans and the Mongols were masters of grappling.

The art of Shaolin Kempo Karate was founded and developed by Grandmaster Villari after many years of studying and mastering numerous different styles of the martial arts including Shaolin Temple Boxing, Jiu Jitsu, Kung Fu, Kempo, different styles of Karate, as well as the secret art of the White Tiger (Chin Na).

Grandmaster Villari’s Shaolin Kempo Karate system also incorporates the venerable art of CHIN NA. It is the ultimate form of neutralizing an opponent, utilizing holding, seizing, locking, throwing, felling and delivering controlled pain. No other martial art gives such control over an attacker.

Grandmaster Villari also teaches moves of the IMMORTAL MONKEY, known for its art of illusion. The Monkey cannot be hit. Its movements are lightning-quick with the ability to change its direction rapidly. It never exhausts its energy and has superior longevity. The monkey is always happy! 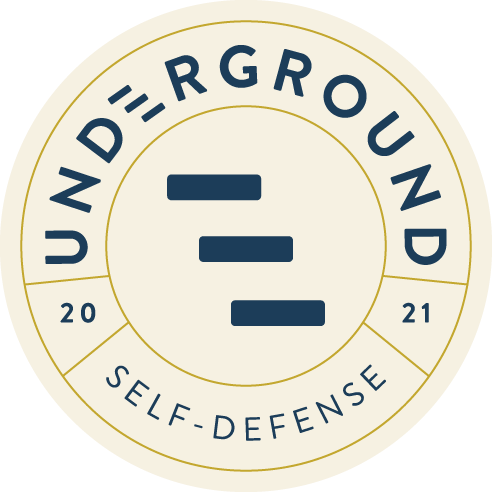 This site uses cookies. By continuing to browse the site, you are agreeing to our use of cookies.

We may request cookies to be set on your device. We use cookies to let us know when you visit our websites, how you interact with us, to enrich your user experience, and to customize your relationship with our website.

Click on the different category headings to find out more. You can also change some of your preferences. Note that blocking some types of cookies may impact your experience on our websites and the services we are able to offer.

These cookies are strictly necessary to provide you with services available through our website and to use some of its features.

Because these cookies are strictly necessary to deliver the website, refusing them will have impact how our site functions. You always can block or delete cookies by changing your browser settings and force blocking all cookies on this website. But this will always prompt you to accept/refuse cookies when revisiting our site.

We fully respect if you want to refuse cookies but to avoid asking you again and again kindly allow us to store a cookie for that. You are free to opt out any time or opt in for other cookies to get a better experience. If you refuse cookies we will remove all set cookies in our domain.

We provide you with a list of stored cookies on your computer in our domain so you can check what we stored. Due to security reasons we are not able to show or modify cookies from other domains. You can check these in your browser security settings.

These cookies collect information that is used either in aggregate form to help us understand how our website is being used or how effective our marketing campaigns are, or to help us customize our website and application for you in order to enhance your experience.

If you do not want that we track your visit to our site you can disable tracking in your browser here:

We also use different external services like Google Webfonts, Google Maps, and external Video providers. Since these providers may collect personal data like your IP address we allow you to block them here. Please be aware that this might heavily reduce the functionality and appearance of our site. Changes will take effect once you reload the page.

The following cookies are also needed - You can choose if you want to allow them:

Please fill out the form below and we will contact you as soon as possible!